The Society has four different types of awards that can be given.

This is awarded at national level Canadian Philatelic Exhibitions for exhibits that show evidence of significant research relating to a subject. No more than one award per show will be given. Recipients who are not members will be invited to join the Society. 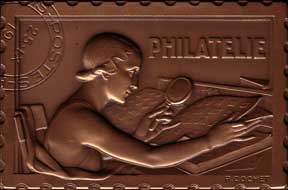 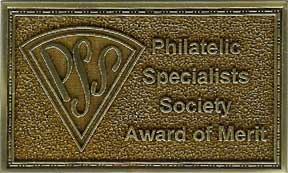 This award is a medal that was donated to the Society in 2007 in honour of Harry Sutherland and Alan McKanna. It is engraved “Sutherland & McKanna” and is presented annually at our December meeting to the member exhibiting the best competitive Single-Frame Exhibit at that meeting.

Identical medals, but not so-engraved, can be awarded at the discretion of the Executive. Honorary Life Members and Banquet Speakers are recipients of this version of the medal. 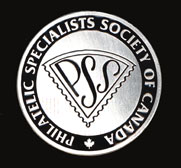 The Herbert Dubé Lectureship Award is presented to Society members who have published a significant paper in either book form or in one of the leading philatelic journals, and who has also presented their work to the members in one of our monthly meetings. The award consists of an objet d’art and a certificate suitable for framing. This is the highest award the Society can bestow upon a member. 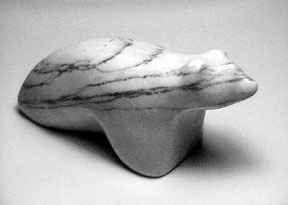 The Dubé Award varies from year to year. This is the award presented to Michael Madesker in 1987. 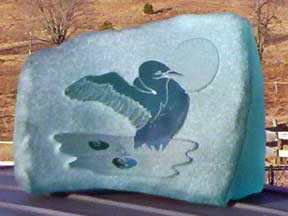 Above is the award presented to Peter Spencer in 2006.

New members who accept their invitation to join the Society have twenty-four months to present a lecture to a meeting of the Society. As an alternative to the lecture, other means of attainment include service to the Society, scholarly publication, and significant contribution to the Society or to the betterment of philately in Canada. The PSSC Lapel Pin is then awarded to members upon fulfillment of this membership obligation.